The Wizards are looking like the best team in a division full of changes where they have stood consistent in their starting lineup while adding pieces to help. John Wall is the franchise and star of team as one of the top PG’s in the league; he has a great all-around skill set, but still needs to develop that consistent shot from outside. Bradley Beal was re-signed to a huge deal this offseason, but he needs to prove he can stay healthy. Beal is one of the top young shooters and the league and his defense has improved. Otto Porter showed solid growth last season and the Wizards are hoping for more of the same, as he took on a good role as a perimeter defender using his length and still found ways to score. However, the Wizards still have Kelly Oubre Jr. showing good athleticism and defensive potential in his progression behind Porter to take away his minutes. Markieff Morris was a solid pickup last season and now he should be more consistent with his scoring and rebounding. Marcin Gortat really showed an offensive growth last season, with the ability to dominate smaller teams and dominate the boards, but teams still wanted to see more defensive effort out of him. To solve that problem, the Wizards brought in Ian Mahinmi via free agency who was a good defensive starter and rim protector for the Pacers last season; he could see big minutes in Gortat’s place or next to him. The Wizards traded for Trey Burke which was a low risk, high reward move for the former 1st round pick with starter experience, who is still young enough to reach his potential. Marcus Thornton is a vet who has no problems giving instant offense and does a good job stretching the floor. Jason Smith was brought in as big man depth; he has always contributed solid play in limited minutes and proved that he could do more with the Magic last season. Ditto for Andrew Nicholson; a consistent role player off the bench for the Magic last season with a good offensive touch inside. Tomas Satoransky is a player who was stashed overseas who is finally coming to the league, after getting experience in the Olympics; he has a good three point shot and they expect him to see minutes at PG. The Wizards have a strong starting lineup and have added a good mix of youth and veterans on the bench; if Beal can stay healthy then the Wizards will be a problem in the playoffs.

The Hawks also have pretty good continuity on the team with the biggest change is Dennis Schroder taking over the staring PG job for Jeff Teague. Schroder is a young energetic PG who doesn’t mind playing defense and is very unselfish with the ball; his growth will be a thing to watch. However, they have good insurance behind in veteran Jarrett Jack who can be a solid contributor and all-around player whether starting or off the bench, but he will see big minutes. Kyle Korver continues to be one of the most efficient shooters in the league, especially from deep; he knows his role in this system. Kent Bazemore has turned into a really good glue guy and 3 and D player, he can also score in spurts; making him a very important piece. Paul Milsap can do a little bit of everything and really take over games with his versatility; he will have full roam of the paint with Horford gone. Dwight Howard was brought in via free agency, in a nice homecoming to Atlanta where he seems like a good fit. Howard will be expected to protect the rim and rebound, while also adding an offensive touch. Tim Hardaway Jr. is an explosive scorer who can go off, but he’s very inconsistent, especially from deep. Thabo Sefolosha continues to be one of the better perimeter defenders in the league and a good energy guy who can score in spurts. Kris Humphries is a very consistent rebounder who can score in spurts, as a role player off the bench. Tiago Splitter can be an energetic rim protector, when healthy. Mike Scott is a versatile big man who can stretch the floor and score in limited minutes. Ditto for Mike Muscala, but he needs to stay healthy and be more consistent. The Hawks have a solid core and have added veteran Jarrett Jack as solid insurance, as Dennis Schroder is now the full time starter; he will be the key to how far this team can go.

It was tough to rank the Heat with uncertainty around the return of Chris Bosh and the biggest loss of franchise player Dwayne Wade along with versatile forward Luol Deng. Goran Dragic wanted to be a franchise player when he came to the Heat and this year they will need him to be. Dragic is a solid scoring combo guard who preferred to be the PG and showed a good job shutting down other PG’s defensively. Josh Richardson is a young scoring wingman who was a consistent contributor off the bench last season; he will get a chance to show that he can be a starter. 2nd year player Justise Winslow showed his growth and versatility in the playoffs and will be expected to really develop a consistent offensive game, while continuing to develop his solid defensive game. With Bosh out the Heat could use Josh McRoberts a versatile forward who can do a little bit of everything, free agent Derrick Williams ditto with him, but he is inconsistent, and free agent Luke Babbitt another versatile forward with a solid outside shooting touch, but he is also inconsistent. Hassan Whiteside was one of the top young centers and the best shot blocking and interior presence in the league last season; the Heat are hoping to see him grow or at least repeat last season. The Heat were forced to make a tough decision and match the deal the Nets made to Tyler Johnson who proved to be a solid combo guard once he was healthy again in the playoffs; the Heat are hoping to see him continue to grow and take over the 2nd unit. Dion Waiters was a solid free agent pickup, as he proved last season in the playoffs with the Thunder that he can be a solid offensive spark off the bench; he provides good insurance in case Richardson struggles. James Johnson is a versatile forward who is a good energy and defensive presence; he can score in spurts. Veteran Udonis Haslem is a long time presence who provides more leadership than production. Veteran Wayne Ellington is a solid 3pt shooter who can score in limited minutes, whether starting or coming off the bench. The Heat have an interesting mix of versatile vets, but chemistry and the production of Dragic, Winslow, and Whiteside will be the key as they are their new big 3 to contend for a playoff spot.

PG C.J. Watson, SG Devyn Marble
The Magic have added a nice veteran mix to a very young group that saw growth last season. Elfrid Payton is a solid passing point guard who needs to continue to grow offensively and continue to grow as a perimeter defender. However, the team added veteran D.J. Augustin who provides good insurance behind him as a consistent scorer and floor leader who can bring good energy off the bench. Evan Fournier proved to be a solid consistent scorer last season with good shooting range and the Magic are hoping that he can be even better, especially moving back to SG after trading Victor Oladipo. Aaron Gordon is an athletic player who still hasn’t reached his potential, now the SF position is all his to continue to develop his inside/outside game as a developing 2-way player. Veteran Serge Ibaka brought in via trade has proven to be a solid stretch 4 with good shot blocking skills, but the Magic are hoping he leans more to his defensive ways. Nikola Vucevic is a solid scoring big man who can be a double-double machine when he is healthy. Jodie Meeks is a veteran who can bring scoring and ball handling skills in limited minutes. Mario Hezonja is expected to grow in his 2nd season, after playing limited minutes in his rookie season, but the potential is there. Jeff Green was brought in via free agency, as a versatile forward who has a solid all-around game. Bismack Biyombo was the big free agent prize after a big playoffs contribution, as an energetic high volume rebounder who seemed to have reached his potential, but this season will be very telling. C.J. Watson is a veteran combo guard who can score in spurts and Devyn Marble is an athletic player who will continue to develop and may see more minutes this season. The Magic have a solid young core and have added a better mix of role players which should allow them to take the next step, if the chemistry goes well they could be fighting for a playoff spot. 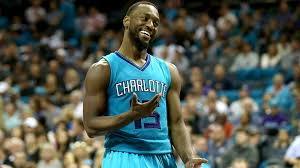 The Hornets had a good season last season making it to the playoffs behind solid play from Walker and solid bench production. Kemba Walker was a solid scorer and playmaker, as the franchise player and really showed good leadership and consistency; the hope is that he can prove to be one of the top guards in the league. Nicolas Batum had a solid season showing his solid all-around play and proving that he can run the SG or SF position. Michael Kidd-Gilchrist is a solid athlete, high energy player who can play solid perimeter defense, whenever he is healthy; he will be the key to this season, but that’s asking a lot. Marvin Williams had another productive season, but really proved to be a productive stretch 4 with success in a 3 and D role. Cody Zeller had a solid season of growth proving that he can score inside whether off the bench or in the starting lineup and provide consistent rebounding; they are expecting him to continue to grow after allowing veteran Al Jefferson to leave via free agency. Ramon Sessions was brought in to replace Jeremy Lin, as he has a similar skill set as a scorer who can score in spurts, but also provide playmaking ability. Marco Belinelli was brought in via free agency to stretch the floor and provide scoring in spurts. Jeremy Lamb is an inconsistent scorer with good 3pt range and the ability to score in spurts. Frank Kaminsky showed that he can provide solid offense and rebounding in limited minutes and he will continue to see minutes. Roy Hibbert was brought in to provide depth inside and a true shot blocking presence, he could see a lot of minutes if Zeller struggles defensively. Spencer Hawes is an inconsistent offensive big man who can space the floor with his 3-pt shot and provide rebounding. Brian Roberts is a veteran who can provide good stability with steady scoring and passing. The Hornets will still rely too much on Kemba Walker, as there is no real superstar paired with him, just a good mix of offensive talent on the bench and veterans who know their role in the starting lineup; a healthy Kidd-Gilchrist could get this team over the hump, but they will fight for a playoff spot.