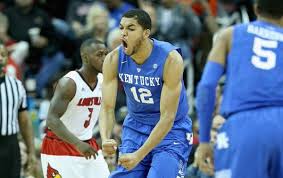 Scouts believe that Towns has a bigger upside as a 2 way big man than Okafor and he fits a better as a PF; so I think Karl-Anthony Towns goes #1. Towns has a developing offensive game and he is athletic enough to run with Andrew Wiggins and Zach Levine, but he will also be a solid rim protector.

The Lakers have been known for their centers throughout history, most with an advantage on the offensive end, and this year will be no different with Jahlil Okafor. Okafor has a NBA ready body and he is a beast on the offensive end. However, he must improve on the defensive end and stay out of foul trouble.

The 76ers are in need of scoring from the guard position and D’Angelo Russell is a legit scorer who can create his own shot and set-up his teammates for shots. The question is which guard position is the better long term fit and he needs to limit his turnovers and improve his consistency.

The Knicks need players that fit the triangle offense and I believe Justise Winslow is the best fit as he is a solid perimeter defender who is very athletic. Winslow could be similar to a Scottie Pippen type lockdown defender and scorer if he can reach his full potential. He would make a nice #2 next to Melo after the Knicks loss wings Iman Shumpert and J.R. Smith.

The Magic are in need of a PF or C to help Vucevic in the paint and Willey Cauley-Stein is a solid post defender who could provide the type of impact they have lacked since Dwight Howard. Cauley-Stein has the ability to rack up steals and blocks, but he must continue to develop on the offensive end. 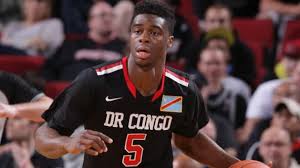 The Kings are in need of a long term fix at PG and need someone who can distribute the ball to their playmakers; Emmanuel Mudiay seems to fit the pick. Mudiay is a solid playmaker with the ability play up-tempo basketball, rebound, and score. He could be primarily a passer as he continues to grow some offensive consistency, but he has all-around potential.

The Nuggets have prospects at all positions so they can afford to wait on a prospect to grow. Kristaps Porzingis has scouts going crazy as they love his athletic skill set and growing ability to shoot the ball from 3-pt range causing them to make a comparison to Dirk Nowitzki. Porzingis is considered a nice prototype for the growing need for stretch PFs in the league and with continued development they think he could be a star.

The Pistons need a long term player at the SF position and Stanley Johnson fits the bill as he can fit the role they put Josh Smith in and current vet Tayshaun Prince is playing as the rangy defender. Johnson is a player with a NBA body who can defend both inside and outside and he is also a good rebounder. Johnson has potential on the offensive end and he can knock down 3’s, but he must work on his consistency,

The Hornets have been in need of a wing man who can score and stretch the floor and Devin Booker fits the bill. Booker has good size for the 2 guard position in the league and can shoot efficiently inside and most importantly outside while also knocking down his free throws. However, he needs to work on his consistency without the ball, but he has shown flashes of rebounding and passing ability with the knack for the occasional steal or 2.

The Heat struggled down the stretch after losing Chris Bosh to injury and Myles Turner fits the bill as a solid 2 way big man who can stretch the floor like Bosh, but he is a beast when it comes to blocking shots on the defensive end. Turner is also a solid rebounder and can knock down his free throws, but he must work on his consistency and continue to grow offensively.