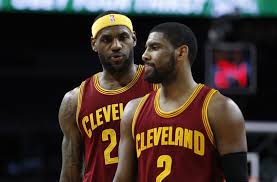 The Bulls are the favorite to come out of the East with their defense and chemistry, but with so many injury concerns the Cavs are my favorite. The Cavs have LeBron playing at a high level and Kyrie Irving following as a good sidekick. They have all the pieces in place with J.R. Smith to space the floor, a great 3rd option in Kevin Love to takeover when needed and a solid rim protector in Mozgov. Iman Shumpert is a good perimeter defender and streaky shooter off the bench, with a solid combo guard in Delladova, and Tristan Thompson playing at a high level inside, as well as, the addition of rim protector Kendrick Perkins. 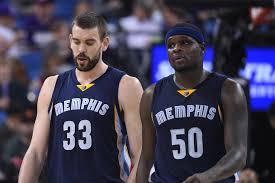 The Grizzlies are playing at a high level and have been very consistent throughout the season which makes the addition of Jeff Green an even bigger plus. Mike Conley is no longer underrated and has proven to be one of the best PGs in the game, despite being in the deep Western Conference. The combo of Courtney Lee and Tony Allen is a good mix of offense and defense with Allen’s ability to take on the best perimeter scorer and Lee is a crafty scorer who can create offense. The key to this team is the big men which no team in the west should be able to contain in Zach Randolph and Marc Gasol. Gasol has been playing his best basketball this season and has been a dominate presence in the paint. Randolph continues to bully his way offensively in the paint drawing fouls and frustrating opponents. Off the bench, veteran Vince Carter continues to scorer in spurts, Kosta Koufos provides solid minutes inside, Green should give them another scorer to match up with Carter, and Beno Udrih is a combo guard who can do it all. 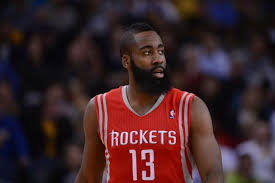 The MVP race is wide open this year, but Harden stands out above the rest as his team was supposed to be a two star team with Howard and himself; however, Harden has taken on the burden of producing the offense. Harden is the scorer, go to scorer, and distributor with Beverly as more of a combo guard than a pure PG. Harden has shown an ability to knock down shots in the clutch and has put his team on his back many times. This team would not be a legit contender in the west without Harden’s scoring and leadership on a team full of defenders and no one else who can create their own shot.

The Clippers roster is not as stocked as last season, but they have remained at the top of the west quietly behind the best PG in the league in Chris Paul. Paul has been playing very efficiently on both end of the floor and has really taken his leadership role to a new level. He controls how far this team can go as PG play is so important, especially with some many stars at the position in the western conference.

Most people saw Green as a high energy guy who was best as a role player off the bench who could maybe start in spurts; however, he has taken over the starting PF spot thanks to an injury to David Lee and hasn’t given it back. Green has provided solid defense in the paint despite his height and has improved in most categories while bringing toughness to the team. Green brings a nice SF skill set which is his other position, but still has the physical play and toughness to score and rebound with players who have the size advantage. He is also a good passer which is important on a team of shooters which shows his energetic play is opening up opportunities for his teammates; Green should continue to improve in this system.

Knight really showed growth with his 1st season under Coach Jason Kidd and really lead the Bucks to their current position in the eastern conference playoff standings. Knight did it all scoring, passing, and rebounding while taking over as the leader and go to guy on a young, but talented team. Knight really brought into the system and had career highs in all categories, but he was traded to the Suns surprisingly before the deadline.

Defensive Player of the Year 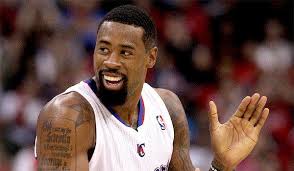 DeAndre Jordan has been quietly putting up a solid season and he is currently averaging a double-double while leading the league in rebounds at 14.5rpg. Jordan is also in the top 5 in blocks per game while helping the team stay afloat in the west without star PF Blake Griffin. Jordan is one of the best in the league at playing without the ball and has really been dominate in his interior play while remaining to stay healthy unlike many of the big men in the running for this award. Jordan is also averaging 1 steal a game which is 2nd amongst centers. The Clippers need Jordan who doesn’t always get the credit he deserves because he does the dirty work and brings the toughness, but he should be recognized this year with the DPOY award.

Similar to most big men on the list for this award, Davis had been hurt too often to be the favorite. However, the big man is having a great season and has shown an ability to dominate the paint and even step out on the perimeter to guard stretch 4’s as people saw he could potentially when he was drafted. Davis leads the league in blocks and block per game, but he can do it all so expect his name to be a constant on this list going forward.

Rookie of the Year 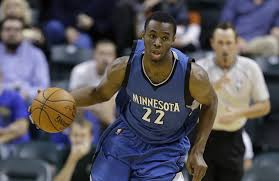 #1 Pick Andrew Wiggins is the unchallenged ROY selection thanks to an early injury to the #2 selection in Jabari Parker. Wiggins got off to a slow start after a trade that sent him from a playoff contender in the Cavs to a young, but talented T’Wolves team which had playing time for him. Since then he has taken over as the #1 scoring option on the team and has shown his potential on both ends of the floor, as well as, his highly touted athleticism. The T’Wolves seem to have acquired a solid franchise player to build around for the future and at only 20 years old he will only get better. Wiggins is averaging nearly 16ppg, 4rebs, and 2assists. He needs to improve on his outside shooting consistency, his defensive consistency, and his passing.

There is really no competition to Wiggins when it comes to ROY, but Noel has been having a solid season after sitting out a year with an ACL injury. Noel has been a nice defensive presence especially defending the paint as a shot blocker where he is ranked pretty high in the league despite the lack of talent around him. He should continue to grow as a solid defensive big man with good athleticism.